Every year, more than 2 million wildebeest, zebra and gazelle migrate in a clockwise direction from the Serengeti in Tanzania to the Maasai Mara in Kenya and back. It’s the largest animal migration in the world. A unique cycle of nature that replenishes the grasslands of East Africa. And if you get a ringside seat on the Mara River during the migration, you’ll witness one of Africa’s greatest events. The Wildebeest have to cross the Mara River to continue their journey southwards back to the Serengeti.

And as herds gather on the banks of the river, the pressure of numbers grow and grow. Suddenly, amidst the thundering of hooves, dust, primal grunting and manic jostling for position, the pressure becomes too much.

A frantic leap, a slip, a slide, or a wild dive. And crossing the Mara River begins. It’s murderous mayhem. Because crocodiles know about the migration too. They look forward to it. And guess where they are? They’re cruising in the river, or waiting on the banks. To eat. In their desperate attempts to swim to the other bank, many animals drown, are swept downstream or get eaten by crocodiles. It’s a gloriously vicious spectacle. Survival of the fittest.

You can see the migration on an early morning game drive in a customized vehicle.  Go on a walking safari with an experienced Maasai Warrior and armed ranger. Watch it from horseback. Or take it all in from a hot air Balloon soaring high above the herds. Wildebeest, Zebras, Thomson Gazelles, Elands, Topi and of course, Crocodiles. 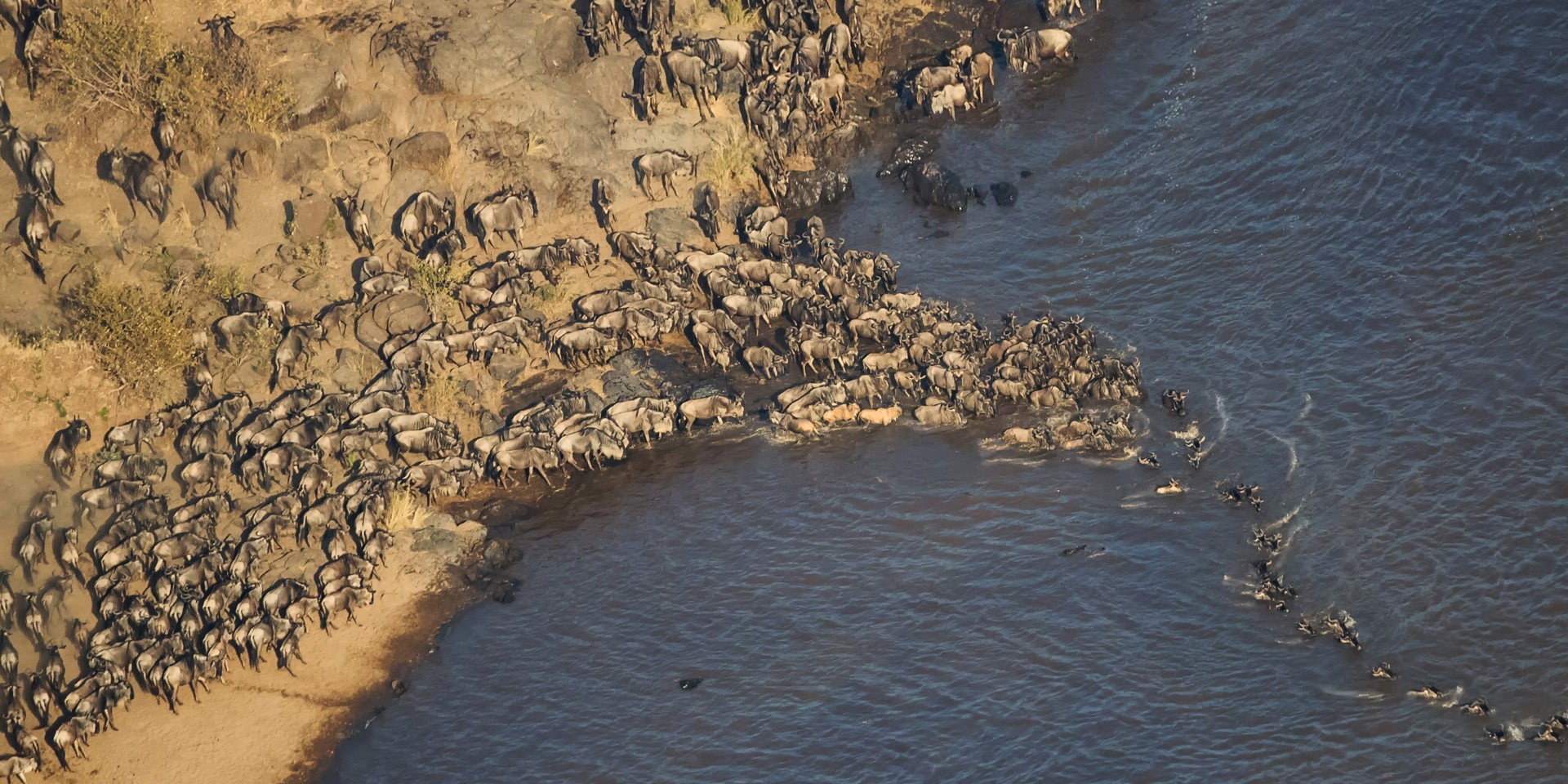 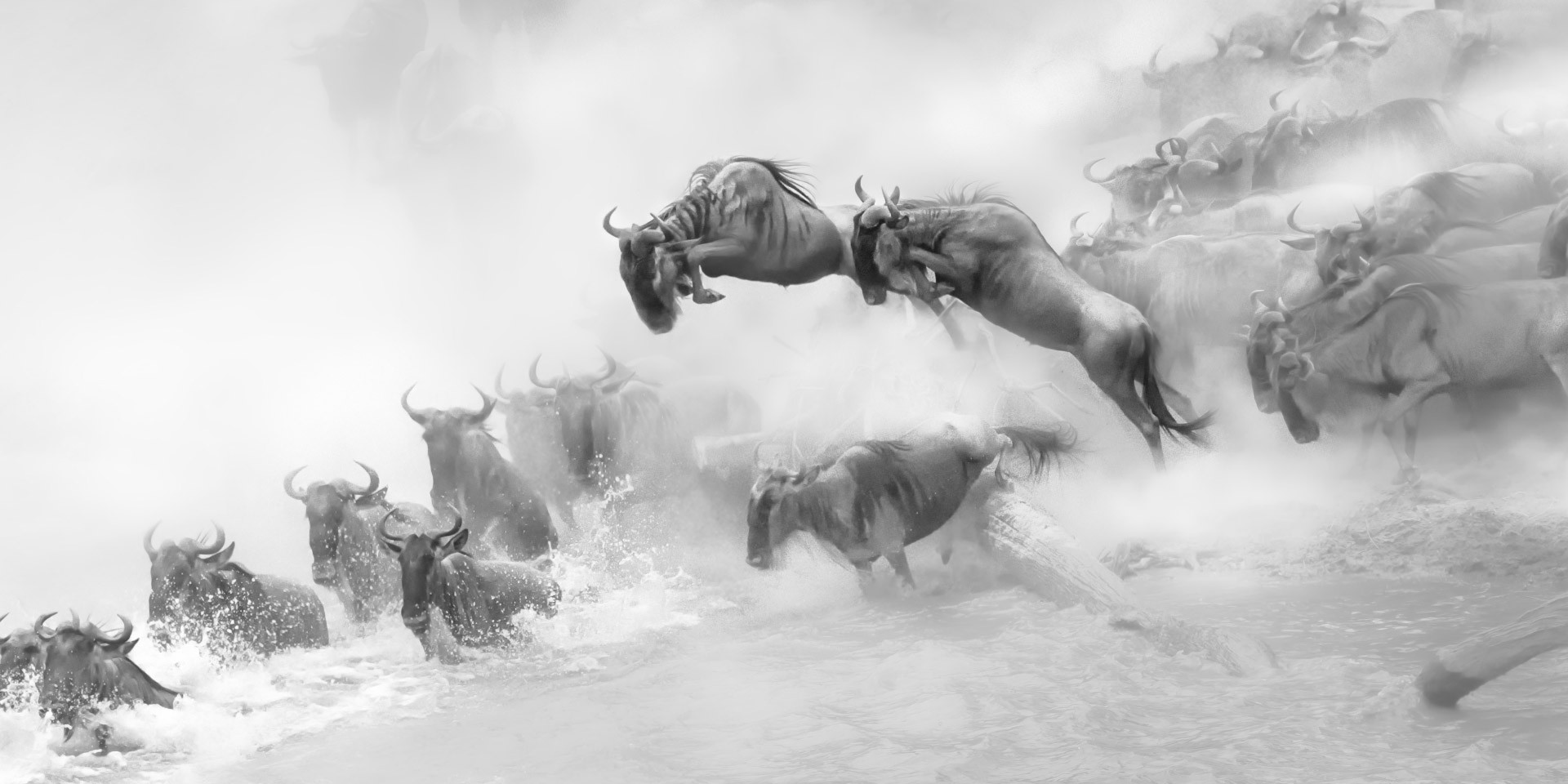 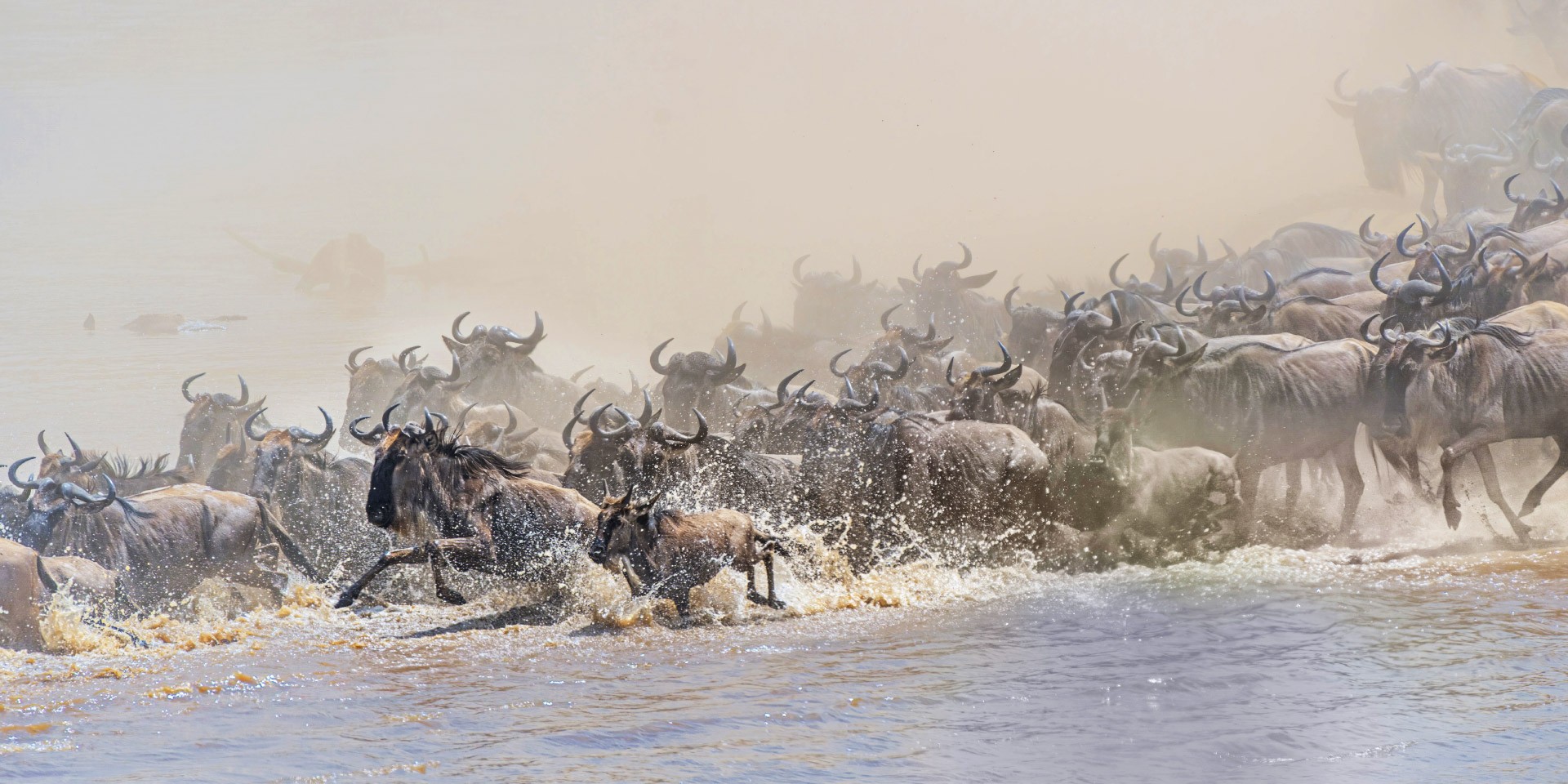 Just fill out the simple form below.

You don't have permission to register